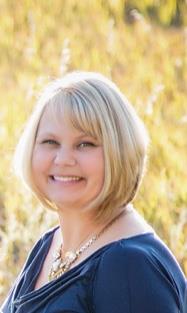 Julie is originally from Iowa where she met her husband, Ted at Central College. Julie and Ted have three kids: Breckyn, 11; Allie, 9; and Tait 6. As a family, they enjoy camping, hiking, biking, playing sports, and spending as much time as they can outside in their backyard. They are often found watching movies or big 10 football on their patio. Go Hawkeyes!