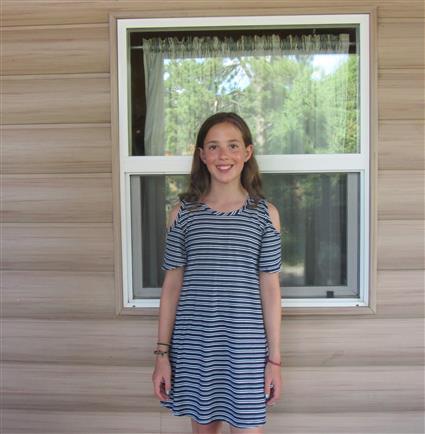 Young women in Cherry Creek Schools who are interested in coding have even more opportunities with the arrival of a new club, Girls Who Code.

Four clubs launched this semester at Liberty, Infinity, Laredo and West Middle Schools. The clubs’ mission is to close the gender gap in technology and focuses on reaching out to young women. Research shows interest in STEM (science, technology, engineering and math) among young women has a tendency to drop between 13 and 17 years of age.

“In 1995, 37% of computer scientists were women,” shared Keli Kinsella, STEM and Innovation Coach at Cherry Creek Schools. “Today it’s only 24%. Our hope is to prepare our young women to join the workforce and to lead, improve and transform.”

Girls Who Code has reached more than 300,000 students around the world since its inception in 2012. Club members learn about inspiring role models in STEM and how to code with the core values of bravery, resilience and empowerment as guideposts. Girls Who Code’s manager of community partnerships Amanda Souza emphasized that community service is also a key component.

“Students can build a website or app that is a solution to a problem in their community,” Souza said. “We’ve seen apps that pair restaurants with food banks to donate leftover food. These young women are incredible problem-solvers and we’re so lucky to work with the district to expand this program in Colorado.”

Naomi Frishman, an eighth-grader at Liberty Middle School, is excited for the club. Ever since she was young, she’s wanted to go into science or engineering. She’s enjoyed learning Python, a coding language.

“Coding gets me hooked,” Frishman said. “Once I start coding, it’s hard to stop because it is so cool to me how typing in words and symbols can create something so complex, or so simple.”

Frishman has learned how to code a chatbox in Python, which provides computer-generated responses to a human typing into the program. She learned that Python is the main code used in aeronautics, which will be a boon as she’s begun to gravitate towards aerospace engineering. She says it’s important for young women to have opportunities like this. She knows that engineering and related industries are often male-dominated.

“Normally, my engineering electives are filled with mostly boys,” Frishman said. “It is so important to encourage young girls and women to try out something like coding because it can show them a new path that they never thought was possible. Young women can fall in love with coding or engineering, so it is important to show them that’s an option they have. Women and girls can do just as much as men can, so there is no reason why there should be such a gap between the two in STEM.”