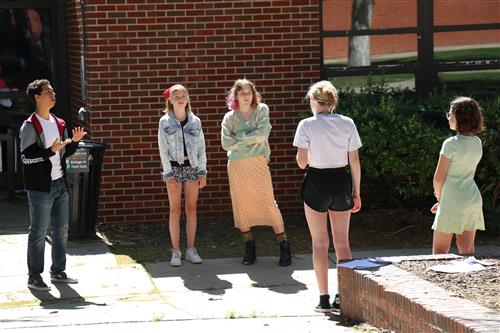 Two weeks into summer break and the Cherry Creek High School campus is alive with students.

There are high school athletes doing physical conditioning or honing their ball-handling skills. There are middle and high school musicians and vocalists working on new pieces while actors and thespians read lines and work to build their debate skills. There are also elementary and middle school students learning computer coding in Java or Python. It’s all part of a vibrant summer camp extravaganza taking place on high school campuses across the Cherry Creek School District’s 108 square miles.

CCSD’s Mile High Sports and Activity Camps give students of all ages the chance to have fun, make new friends and pursue their passions in dozens of different areas. The camps align with the district’s core values of Growth Mindset - developing our abilities through hard work and dedication to continuous improvement, and Engagement - encouraging curiosity and investment in learning so that students feel seen and valued. 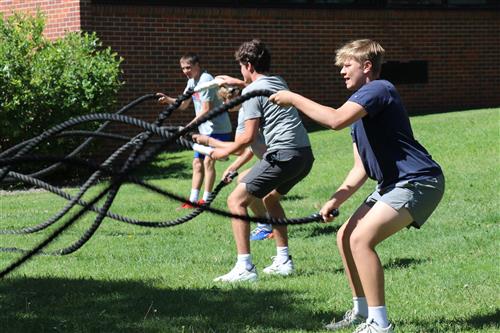 There is a camp for nearly every sport offered at the middle and high school levels, including basketball, cross country, field hockey, football, golf, ice hockey, soccer, softball, tennis, track and field and wrestling. Some are open to all athletes, some to members of specific teams. On June 8, the Cherry Creek High School football team, which has won three consecutive state championships, was going through a rigorous conditioning routine using weights and battle ropes.

“It’s one of the reasons we’ve been so successful because we try to outwork other programs,” Betti added. “It’s a real commitment for these kids, but we’ve seen the results.”

Because of renovations going on at the high school, the CCHS football team was using the weight room at Campus Middle School. In one of the adjacent CMS gyms, CCHS girls basketball players had their own practice in the morning, then spent the afternoon sharing their skills with elementary and middle school athletes. In the other CMS gym, the CCHS cheer squad was hard at work, honing their tumbling and stunt skills. 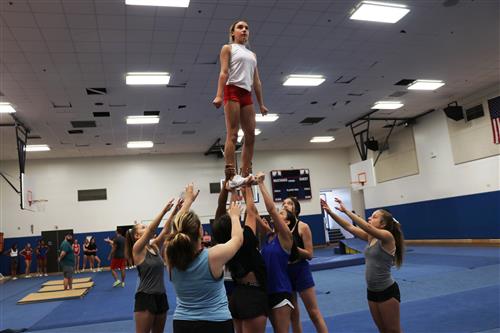 “Today we have Thrive Athletics here tumbling our girls, helping them be the best they can be,” said Ben Fuller, head varsity coach. He noted that a week earlier, the CCHS cheer squad held the annual Jr. Bruins Cheer Camp, giving 75 youngsters the chance to learn cheer basics.

The CCHS campus is also hosting a number of performing arts and activity camps this summer. On June 8, groups of aspiring actors were rehearsing outside the CCHS Fine Arts Building. Incoming freshmen Zoe Kurland and Georgia Thompson were working on a scene from “The Diviners.” 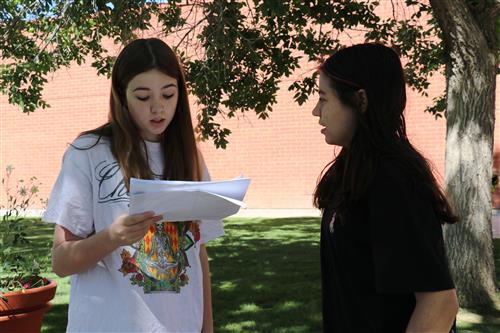 “It’s a scene where Buddy, one of the characters, is having a panic attack because it’s raining and he thinks he’s going to drown,” Kurland explained. She is excited about taking part in the performing arts camp. “I feel like this camp will really improve my acting. It’s really fun too and it’s a good way to meet new people.”

CCSD’s Mile High Sports and Activity Camps continue throughout the summer at high school campuses across the district. Get more information here.