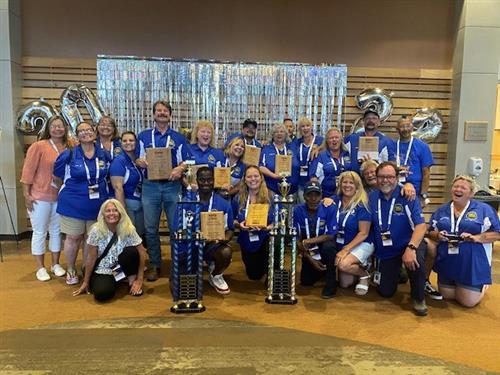 Cherry Creek School District transportation employees took top honors at this year’s State Roadeo and Safety Competition, a contest that tests the skills of school bus drivers from across the state.

“We have a family feeling,” past state champ Wanda VanZonnefeld said during a Roadeo competition several years ago. “It’s fun to come out here with them, because you get to practice and you get to know your bus. It makes you better as a driver.”

Congratulations to the drivers and to the entire CCSD Transportation Department!